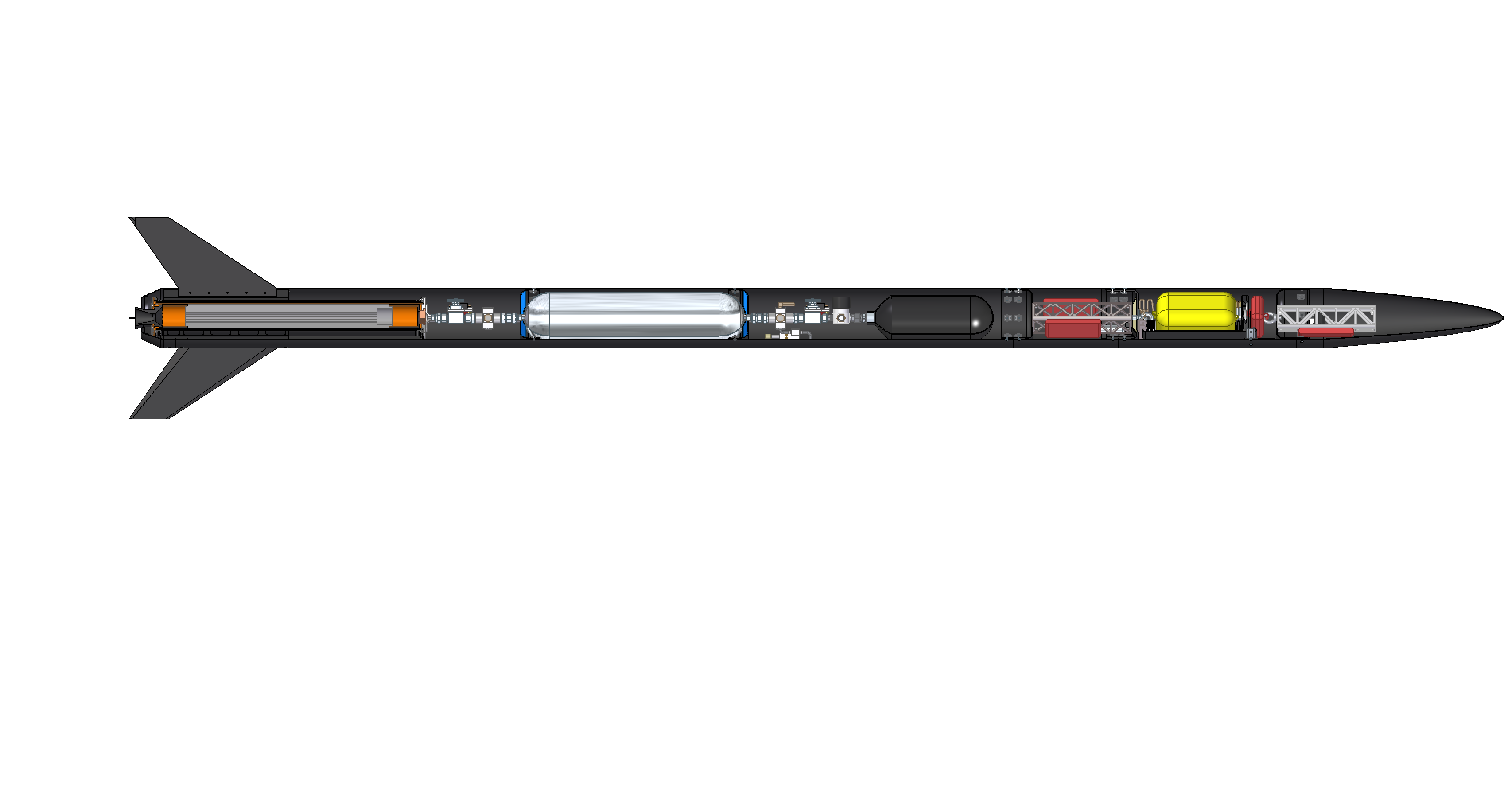 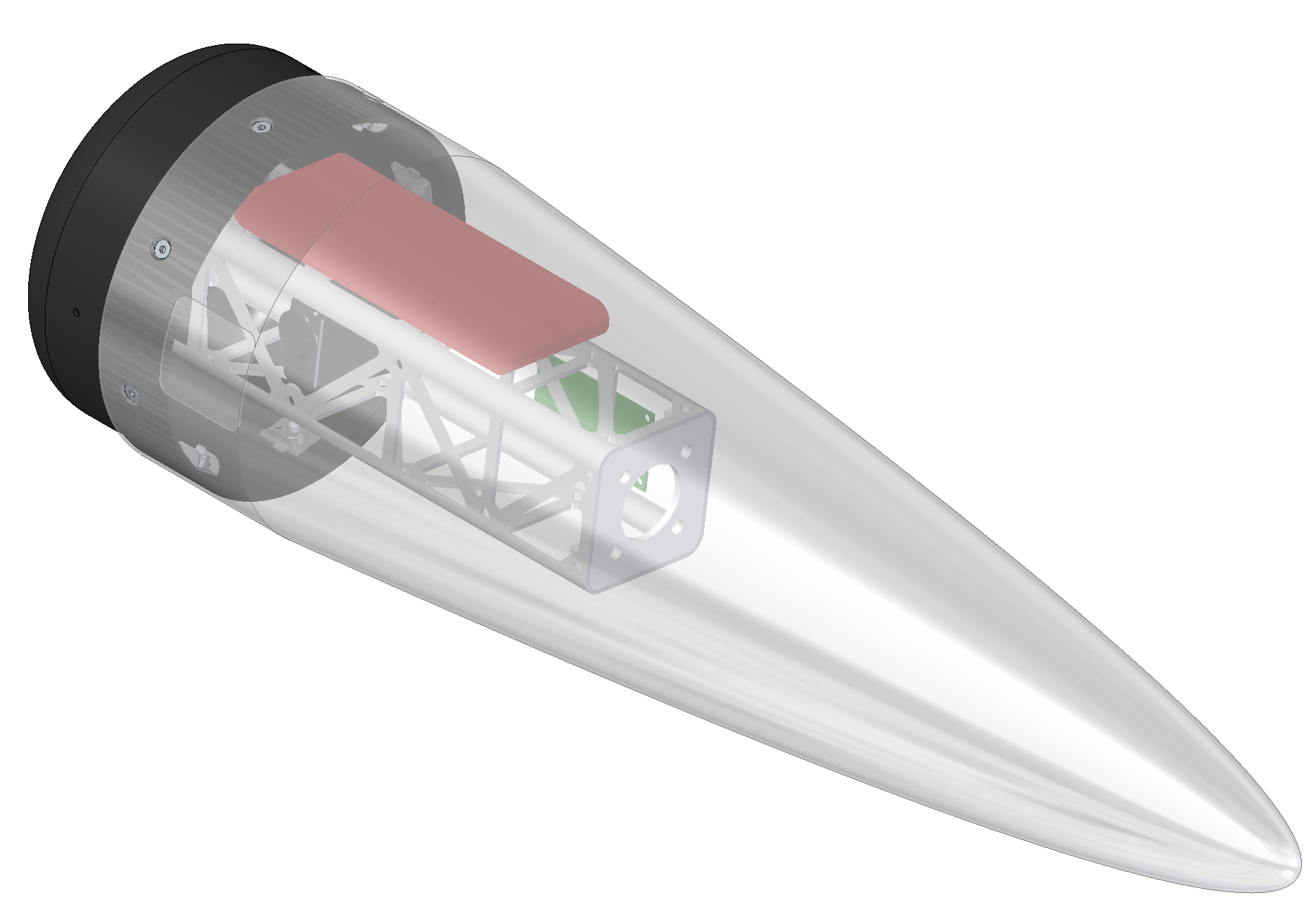 The Nose-Cone Module (short: NCM) reduces the aerodynmical drag during flight. To use the large volume of the cone it is also used as a Multi-Purpose-Module. Therefor it houses redundance electronics to record flight data, a beacon system for retrieval and an in-flight camera system. 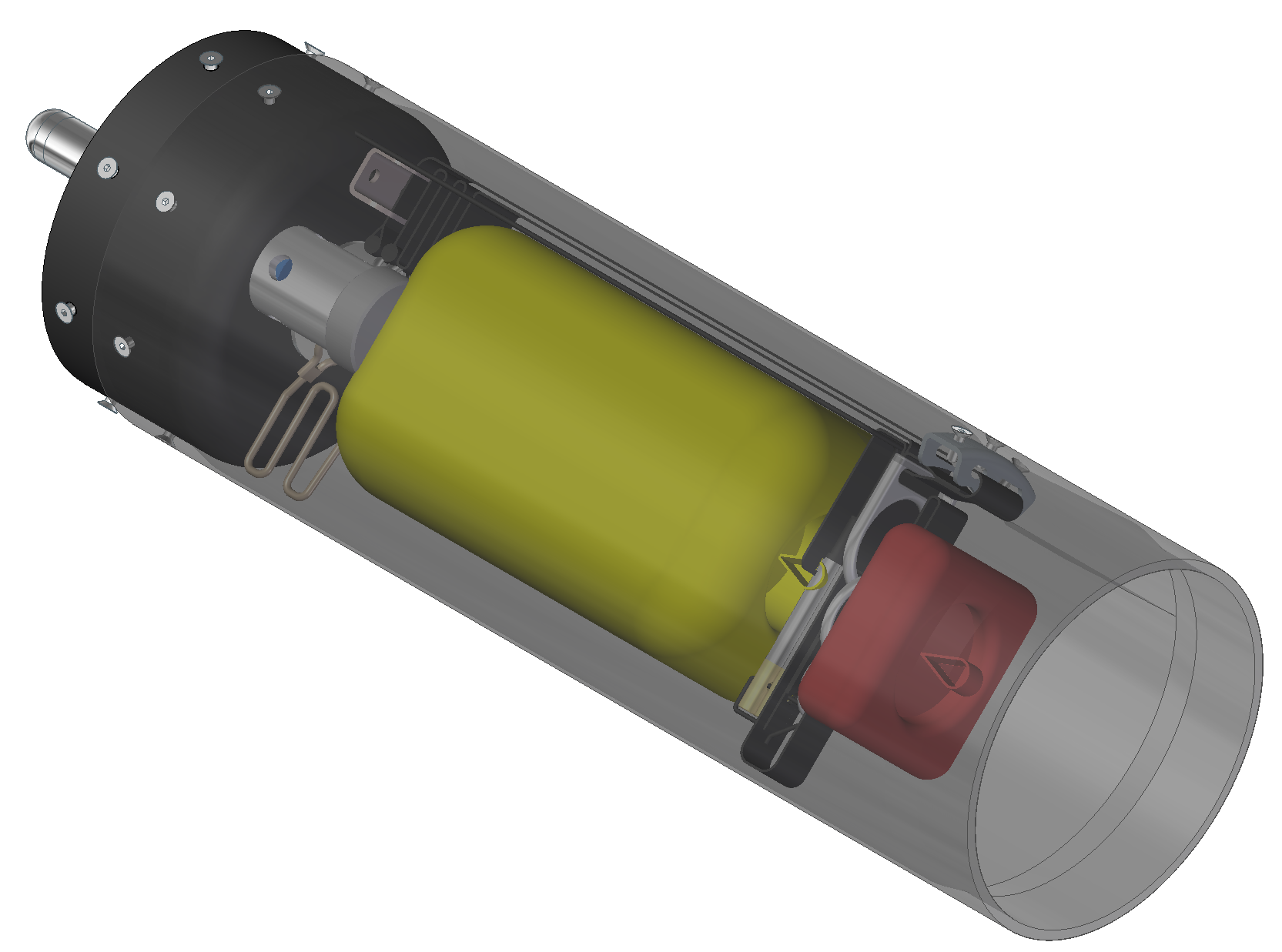 Following the NCM the recovery system is housed in its own module. The two staged system uses a smaller drogue-chute and a larger main-parachute. Two CO2 cartridges are used to activate the system by blowing off the NCM. 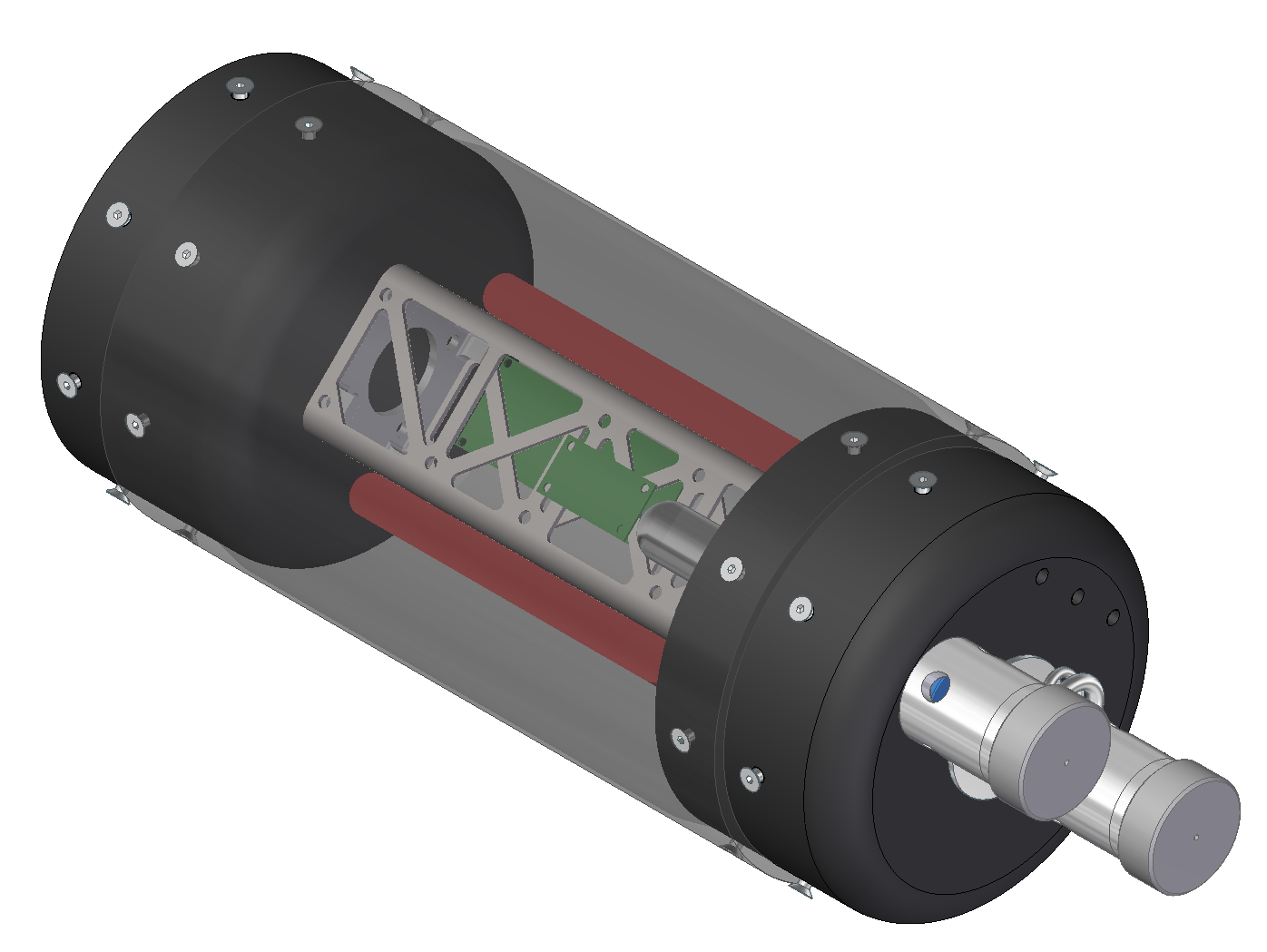 In the rockets center all main electronics are located. To record flight data a Altus Tele-Mega system is installed and connected to a self-designed interface-board with a power-supply-system. Important system are redundant. 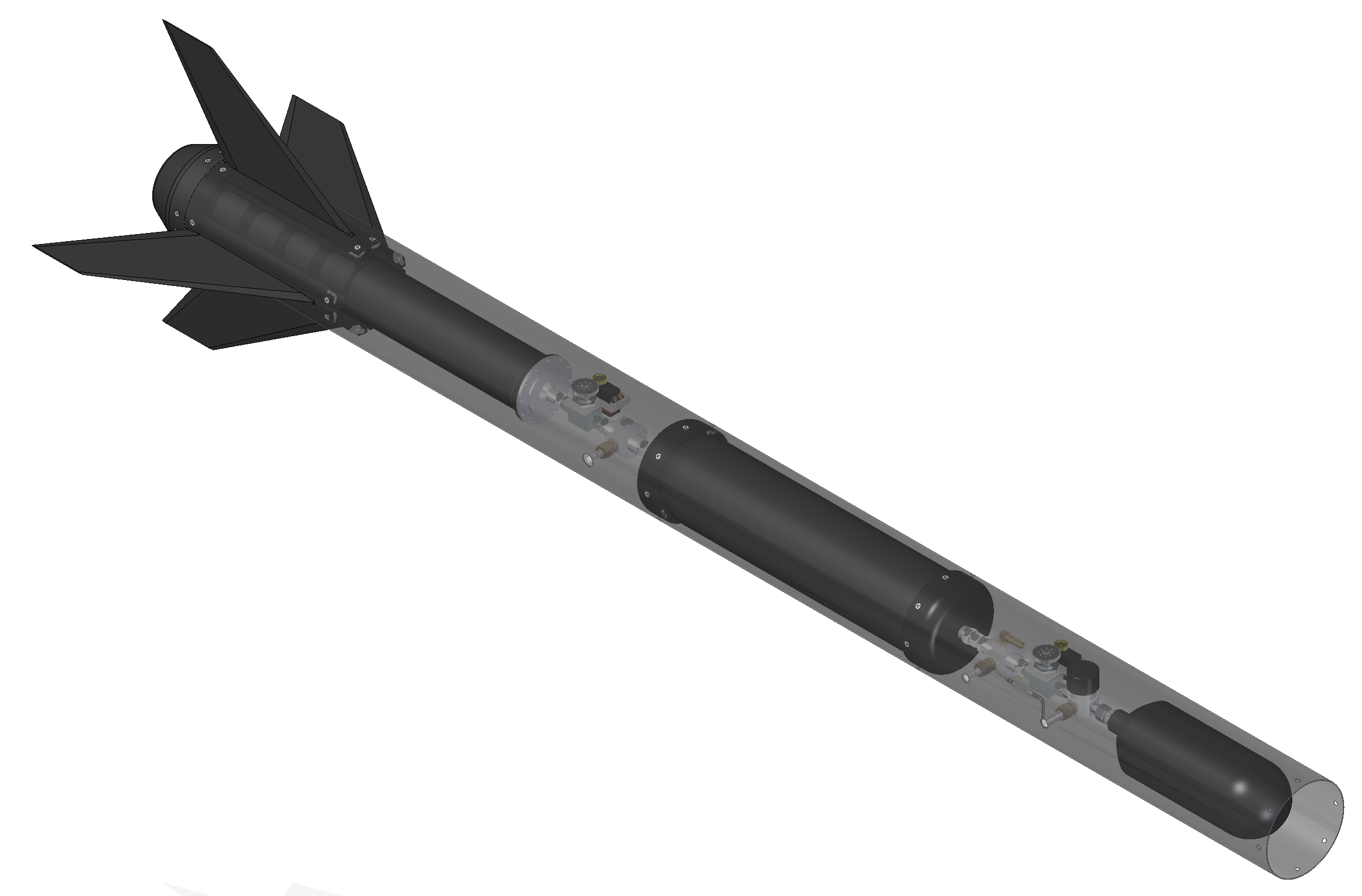